Rochester airport, now a familiar landmark, was built in 1933 and Pobjoy opened a factory on the site for
the production of Short aircraft not long afterwards.


Although the 23rd RAF training school was at Rochester from formation (until September 1939 and the outbreak of the war,) there were no active fighter or bomber squadrons on the civilian field. The military fields of RAF Detling, Gravesend and Eastchurch were nearby though and the Luftwaffe intelligence often confused military and civilian fields.

Pre-war the German civil airline,  Lufthansa, flying Heinkel He 111 and Junkers Ju 52 aircraft with covert reconnaissance cameras flew over much of Europe, including the UK photographing many airfields and facilities for the Abwehr. When war started the OKL (the Luftwaffe high command) had photographs of the Shorts factory and the Davis estate which they believed was part of the same facility.


As the Battle of Britain moved to the second phase, the attack on the RAF's airfields, an AufklGr ObdL reconnaissance aircraft flew over the airfield and took another round of photos to update the previous ones.

The first raid was chalked for the 13th August, Adlertag but the Stukas of Luftflotte 2 failed to find the target and instead attacked areas across Kent and Detling airfield.


The airfield had night time defences to stop a Paratroop landing with large wooden poles and anti glider defences that were dragged out every evening. In the day time the local Home guard sat in earthen slit trenches armed with nothing more than rifles whilst two scanned the skies with binoculars. Though nearby palmerston forts at Borstal, Bridgewood and Horsted were fitted witg up to date AA Batteries.
The complex was on constant standby and the evacuation of the factory happened so often that work was constantly slowed down and almost trickled to a halt.

On the 15th a lone Junkers Ju88 A1 of 5(f) 122 was lost in the Thames estuary having flown another Recon flight over Rochester, its crew were listed as MIA. It was an ominous sign.


Kampfgeschwader 3 began its attacks on north Kent hitting coastal targets later that day. A large formation of 100 planes crossed the channel between Dover and Deal and proceeded to targets along the coast.

John Chinery of the local Home guard spotted sixteen Dornier Do 17z bombers descending from the North east at 10,000 ft diving fast and dropping a mixture of high explosives and incendiary bombs. They passed low before wheeling over the residential estate and completing a loop and heading back towards the estuary.

As they approached, scaffold workers nearly threw themselves down their ladders and ropes before fleeing towards their shelters.

The raid took a matter of minutes but  300 bombs had fallen.


The damage was extensive. The parts stores were aflame, number 11 Stirling on the runway was torn apart as well as five in the assembly hanger, the office block was also damaged, hangers had lost their roofs but fortunately the main supporting beam did not collapse which saved the rest of the aircraft in the factory. The staff canteen roof had also been destroyed with a direct hit on the car park which did no damage any of the parked cars. The Davis estate suffered five demolished houses and more damaged with a total of 9 injuries but no fatalities.[1]

There was one casualty in the factory. A fireman who was sheltering in a Fire watcher's Bell shelter (generally considered to be fairly safe and constructed of steel) was killed by shrapnel that passed through the wall.

I've consulted the roll of honour for Kent Fire service but have not found any serving Fire officer who died that day so he may have been an employee of Shorts or an auxiliary.

The Stirlings that were lost were;

KG 3. was engaged by 54 Squadron from Hornchurch (Spitfires) and although I am unable to determine which Staffel took part in the raid on Rochester the following aircraft were lost that day.

(Off Reculver) Lt. Kringler's Dornier was brough down by AA fire and RAF fighters. Uffz Depenheuer, Gfr Rohleder and the Kringler were KIA but Obgfr Duda was made a POW.

A further five planes were lost (four over the estuary and one off Dover) from the unit as they hit targets from Margate, Sheppey, Chatham and Rochester airport unfortunatly the KAHRS had not been able to identify them.

54 Squadron Operational Record Book – 15 August
4 patrols during the day resulted in 2 clashes with the enemy. By now the order “patrol behind Dover and engage enemy fighters” is becoming as familiar as the old convoy patrols.
Flt Lt Deere claiming a Me 109 destroyed (11:18 hours).

18:28 hours: Flt Lt Deere 2 He 113s. 1 probable was gained for the loss of Flt Lt Deere’s machine when he was shot down in Kent after a flight which has taken him (unwittingly) over Calais Marck! He suffered only a sprained wrist after a parachute jump at 15,000 feet.

On the 4th September the Luftwaffe returned for a second raid. Many workers, suffering from stress and jitters caused by the first raid and the ensuing drills decided to flee to the nearby woods rather than the shelters. Unfortunately the Luftwaffe's incendiary bombs scattered into these very woods, thankfully there was only one fatality and two injuries. The Davis estate took another pounding as did housing around Borstal with six houses completly demolished causing eight injuries.

The damage from the first raid and the prioritisation of Fighter construction meant that Shorts could only think about saving what they could from the wreckage and redistributing Stirling production to other facilities including the underground works at Strood, factories in Swindon and as far away as Ireland. By the following year however, with the skies relatively clear of Luftwaffe action, Shorts returned to the site and began construction of the heavy bombers again.

http://battleofbritainblog.com/
Posted by Chris Sams at 14:49 No comments: 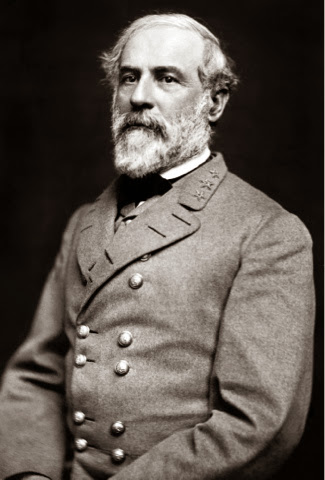 Mr President: After the rear of the army had crossed the Potomac, the leading corps, under General Ewell, pushed on to Carlisle and York, passing through Chambersburg. The other two corps closed up at the latter place, and soon afterward intelligence was recieved that the army of General Hooker was advancing. Our whole force was directed to concentrate at Gettysburg, and the corps of Generals Ewell and A. P. Hill reached that place on the 1st July, the former advancing from Carlisle and the latter from Chambersburg.

The two leading divisions of these corps, under reaching the vicinity of Gettysburg, found the enemy, and attacked him, driving him from the town, which was occupied by our troops. The enemy's loss was heavy, including more than 4,000 prisoners. He took up a strong position in rear of the town, which he immediately began to fortify, and where his re-enforcements joined him.

on the 2nd July, Longstreet's corps, with the exception of one division, having arrived, we attempted to dislodge the enemy, and , though we gained some ground, we were unable to get possession of his position. The next day, the third division of General Longstreet having come up, a more extensive attack was made. The works on the enemy's extreme right and left were taken, but his numbers were so great and his position so commanding, that our troops were compelled to relinquish their advantage and retire.

It is believed that the enemy suffered severely in these operations, but our own loss has not been light.

General Barksdale is killed. Generals Garnett and Armistead are missing, and it is feared  that the former is killed and the latter wounded and a prisoner. Generals Pender and Trimble are wounded in the leg, General Hood in the arm, and General Heth slightly in the head. General Kemper, it is feared, is moortally wounded. Our losses embrace many other valuable officers and men.

General Wade Hampton was severely wounded in a different action in which the cavalry was engaged yesterday. Very respectifully, your obedient servant,